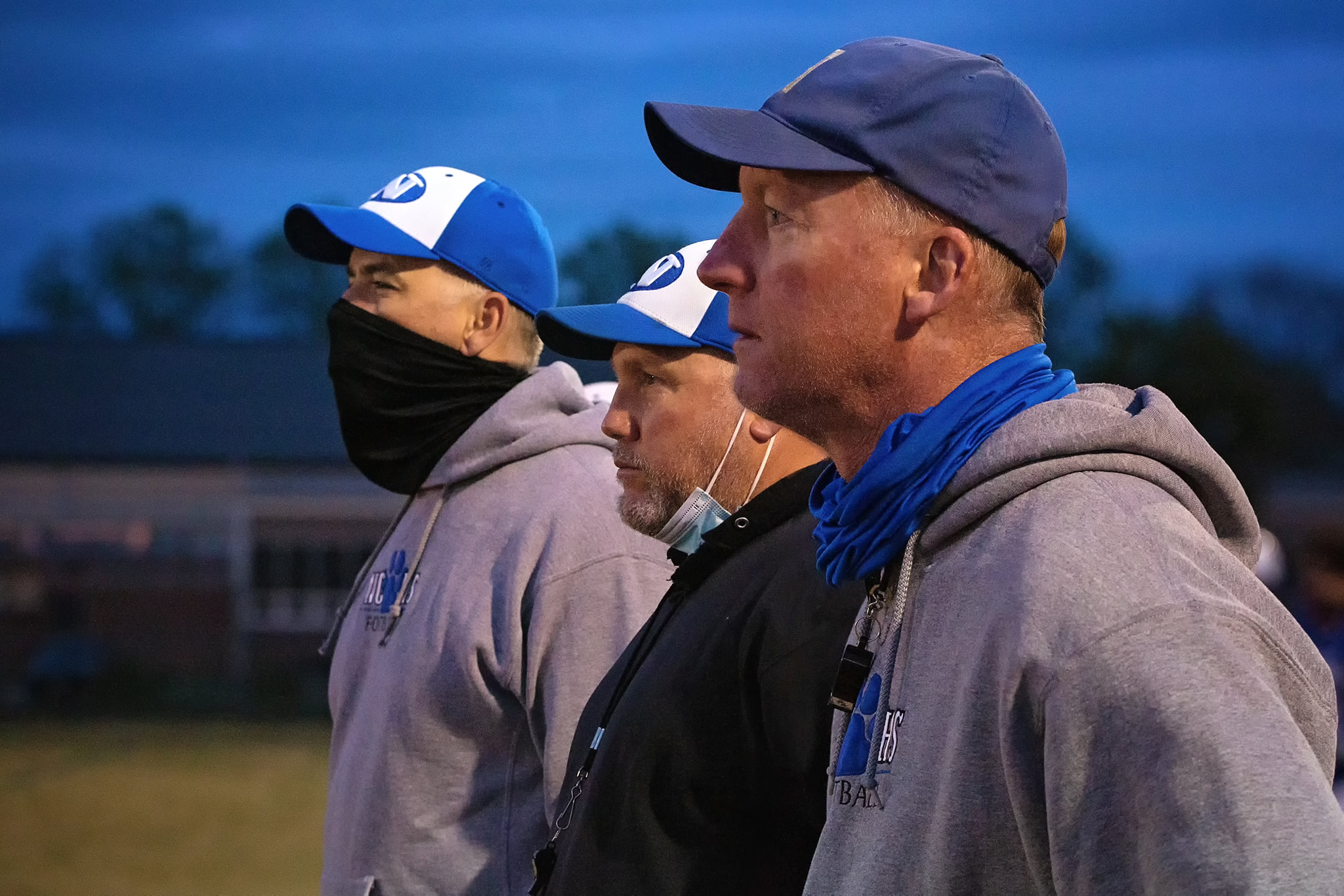 Ridgely, MD ... Breaking News out of Bulldog Country! Defensive Coordinator Colin Joseph and Special Teams Coach Jody Ward have announced that they are retiring from coaching football. Joseph has served with James McCormick for the last 27 years with Ward joining the team after coaching at Easton High for many years. Head Coach James McCormick said that he will not make a decision on his return until at least January. Stay tuned for more details as they develop. Pic courtesy of Jody Ward FB Page