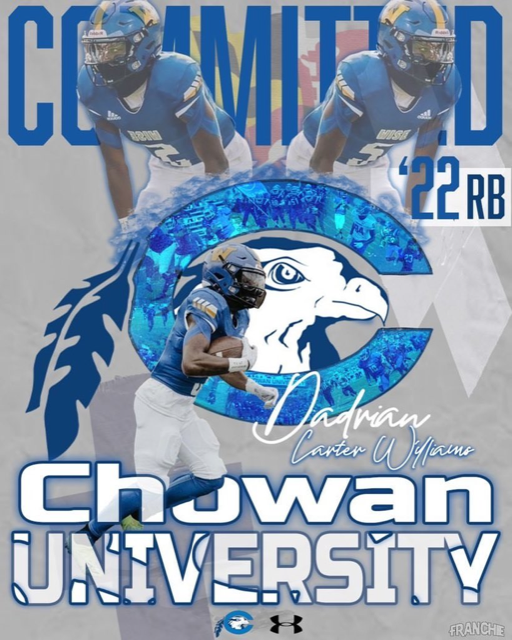 Parkside running back Dadrian Williams announced that he would be attending Chowan University to get an education and play football. Chowan is located in Murfreesboro, North Caroline and competes at the D2 level of the NCAA. We look forward to following Willaims success at Chowan.