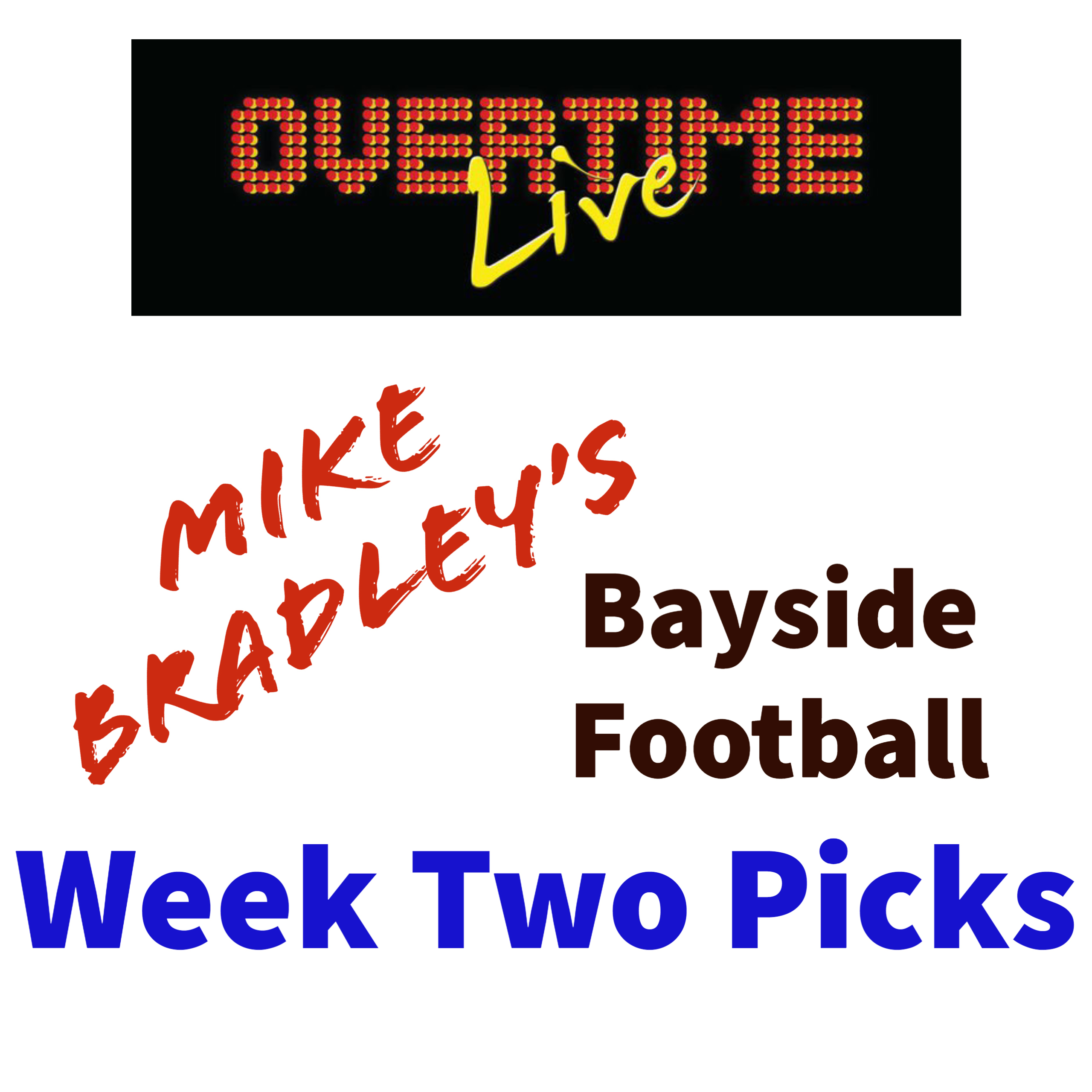 Here are Mike Bradley's Week Two picks. 6-1 last week and Mike is hoping to go 6-0 this week. Did he p[ick your favorite? Check it out here!

A pair of Thursday games so I wanted to share my picks with you tonight. Here are the rest of Mike's picks for the weekend..

#2 Wicomico (1-0) hosting #6 North Caroline (0-1)-6pm-This should be the Game of the Week in the Bayside. This is power versus power but with both teams boasting athletic QBs who can run and throw. This is a great litmus test matchup in the trenches. Caroline is battle tested after nearly knocking off #1 Queen Anne's on the road last week. Wicomico was not tested against Washington. While Caroline is built for this kind of game and has more speed than people think (which should be able to keep pace or close with WiHi)...I am going to give the edge to the Indians because of experience and the likelihood of more production at the QB position. The Indians also get this game at home. For Caroline they will need their new QB to have a big game. Look for Caroline to try and cause disruption with a big and athletic but brand-new Wi-Hi offensive line as they did with QA's o-line last week. I still think Wi-Hi pulls it off but never discount the Bulldogs. This will be a statement game for one of these two programs. The short week could play a factor since it's early in the season and teams are still finding themselves. One more note, remember last season how good Wi-Hi was on Special Teams, if they can repeat that, that is a good advantage.

#8 Cambridge (0-1) at #11 Snow Hill (0-1)-6pm-An early 1A matchup for both teams who suffered tough losses to start the year. The Eagles continue to be competitive early but have a tough time sustaining it. They do have the edge at QB in this one. I would not be surprised if this game is more competitive than last year by a fair margin. Maybe I am relying too much on last year's result because it is a new year, but I am going to give the edge to the Vikings who despite last week's loss were just beat by a better team. To be fair Snow Hill is battle tested too from last week and they get this game at home. Cambridge finished the year strong last season and I expect that playoff experience to carry over with them to this 1A matchup.

#4 Kent Island (0-1) at #9 Colonel Richardson (0-1)-6pm-The Bucs will be hungry to get their first win of the year after taking a tough loss on the road to Easton last week. The Colonels are licking their wounds from a loss to Seaford at home last week in which HC James Jackson said they didn't do much right. Both teams lost a lot to graduation but they are not devoid of talent either. I will give the edge though to the Bucs in this one. I expect the defense to be fired up and play a lot better. The offense though needs to establish the line of scrimmage better and a passing game. But don't expect the Colonels to roll over and play dead...This is our Overtime Live Preston Ford Friday Night Lights Game of the Week on 94-3 WINX-FM, forevermidshore.com and the Forever Radio App

-#12 Washington forfeited their game against #1 Queen Anne's which means the Lions improve to 2-0 and the Jags drop to 0-2. Word is the Jags did not have enough healthy players to compete in the game. Since the state is no longer under Covid protocol the Lions could not find a replacement game.

#7 Parkside vs. #10 James M. Bennett-6pm-This is one of the Salisbury City Championship Games. The Rams are looking for a bounce back season and the Clippers are still in rebuild mode. I expect the Clippers to be more competitive against the Rams as they can focus more on the run and not worry as much with the pass. That said, the Rams threw the ball some last week. However they would rather have Parkside beat them with the pass than the run. I expect the strong ground attack of the Rams to eventually wear on the Clippers with the amount of fresh backs they can throw out there. The Rams though will not want to keep the Clippers hanging around in the 2nd half or who knows. I think we will get a little better idea of how good the Rams team can be with this game.

#5 Stephen Decatur hosting Indian River, DE-6pm-Great to see this rivalry back as of last year. IR has gotten the better of Decatur over the last 15-20 years but the Seahawks won this one on the road last year in the renewal game. The Seahawks are strong at home and have one game under their belt already which helps. While SD doesn't have a big experience advantage at QB, IR is rotating a Freshman and Sophomore this season. They also lost a fair amount of key players last season. This should be generally a competitive game with a second half Decatur pull away. I will go with the Seahawks at home.

#3 Easton at #12 Kent County-6:30-The Warriors had a big win at home over Kent Island last week and go on the road this week. The Trojans were shutout by Bo Manor by a large margin last week. Despite Kent County's numbers and the amount of Seniors, Easton has too much talent, experience and a huge edge at QB. The Warriors defense also shined last week so they will want to build upon it. They should win comfortably.