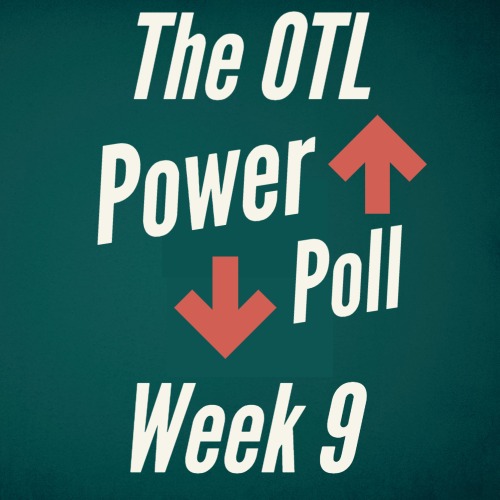 The final power poll of the regular season. Where did your team end up?

Explanation: No changes after the Week #9 results but that doesn't mean that it was not open to discussion. Decatur lost to KI at home in Week #3 by 17 and lost to Queen Anne's on the road by 18 (although it was pretty close until the end) so I could not tie or leapfrog them over Queen Anne's. You could have made an argument to have Easton tie Queen Anne's since Easton beat QA and KI but that's tough to do since Decatur beat Easton at Easton head-to-head and last week, we did the comparison of the two teams giving the slight edge to Decatur. A three-way tie honestly would be appropriate, but I won't do it because it's taking the easy way out. It's just so razor thin between the teams, honestly, it's tough for me to say Easton is the #4th best when it doesn't really feel that way but at this point it's splitting hairs...Your feedback welcome at mike@shoresportsmd.com

*Some stats courtesy of Bill Hauffe and The Star-Democrat

1. Kent Island (8-1)-The Buccaneers won their 8th in a row defeating Queen Anne's 42-14 winning the 'War on the Shore', the Bayside 3A/2A Championship and retaining the #1 seed in the 2A East Playoffs. RB Kasey Heath, who after carrying 11 times for 29 yards in the first half finished the game with 30 carries for 257 yards...Friday vs. North Harford

2. Queen Anne's (7-2)-The Lions fell in the 'War on the Shore' on the road to Kent Island 42-14. The Lions led 14-7 early in the 3rd quarter but it was all Bucs after that. KJ Smothers led the way for the offense with 36 carries, 210 yards, two touchdowns but was contained enough in a stretch in the second half for KI to win...Friday vs. Wicomico

4. Easton (7-2)-The Warriors defeated Cambridge-SD in the 'Battle of the Choptank' 42-6 ...QB Kevin O’Connor rushed for 136 yards and 3 TDs on 14 carries and went 11 of 20 for 124 yards in the air and a TD. RB Brandon Jenkins carried 16 times for 118 yards and a touchdown for the Warriors, and Kyle Dyott scored a touchdown. RB Dustin Blue caught O’Connor’s touchdown pass...Friday vs. North Caroline

5. Wicomico (6-3)-The Indians defeated rival James M. Bennett 40-20 winning the Salisbury City Championship for a second straight year. Makhai Johnson, Malique Leatherbury and Chris Wells were a part of the scoring in the game...Friday at Queen Anne's

6. North Caroline (4-5)-The Bulldogs defeated Colonel Richardson at home 14-7 in OT keeping their winning streak over Colonel alive in the 'Superintendent's Cup' at 16. The Bulldogs finish the season on a two-game winning streak...Friday at Easton

8. Colonel Richardson (6-3)-The Colonels took North Caroline into OT but came up short 14-7 in the 'Superintendent's Cup'...It was the closest game between the two since 2008 when Colonel fell 14-8. The loss that ended a six-game winning streak...Friday vs. Washington

9. Cambridge-SD (4-5)-The Vikings fell in the 'Battle of the Choptank' 42-6. The lone score for Cambridge coming on a special teams score...Friday at Elkton

10. Kent County (2-7)-The Trojans fell to Parkside on the road on Thursday night 41-22 ending a two-game winning streak. Four of their losses have been to 2A teams...Friday at Perryville

11. Snow Hill (2-7)-The Eagles fell on the road to Stephen Decatur in the 'Route 113 Rivalry' in the Battle of Worcester County 49-6. Snow Hill has not defeated Decatur since 2009...Saturday at Green Street Academy (Baltimore City)

12. James M. Bennett (0-9)-The Clippers lost to Wicomico 40-20 in a Salisbury City Championship game. QB Zakai Smullen had a rushing and passing TD among the scoring in the loss...Friday at Chesapeake-AA

13. Washington (0-8)-The Jags lost to Arcadia (VA) on the road 27-8. The Jags went winless on the season but did score their first points of the year in that one...Friday at Colonel Richardson