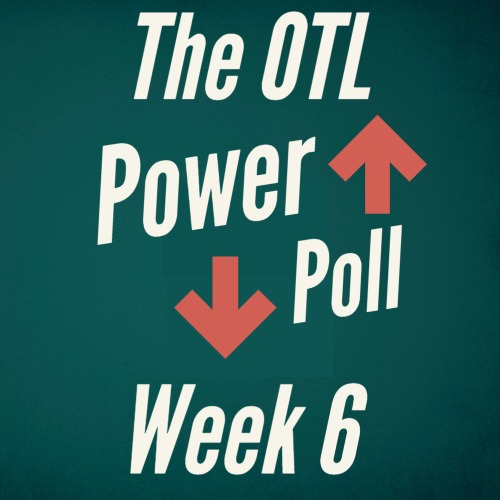 Explanation: The Top 5 stayed the same as they all won except Queen Anne's but the Lions lost in a 2 point battle at home to the #2 team...On another note the Lions defeated North Caroline at home in a tight one as did Decatur so Decatur's win Friday night did not warrant me tying or leapfrogging them over Queen Anne's...Kent Island's margin of victory over Parkside on the road was 14 more than Easton's two weeks ago...While I think in a head to head matchup based on their play against like opponents JM Bennett would edge out Snow Hill, I did finally drop them down below Snow Hill with the other winless teams. At some point you have to win a game and Snow Hill has now won two thus the change at the bottom.

1. Kent Island (5-1)-The Buccaneers won their 5th in a row as they defeated Parkside on the road on Saturday 50-6. Kasey Heath had multiple TDs, also among those getting in on the scoring was Austin Holland and David Jeffers. KI led 36-0 at the half...Friday at North Caroline

2. Easton (5-1)-The Warriors held off Queen Anne's on the road 28-26 in a big 2A matchup. QA missed what would have been a winning FG at the end. Easton QB Kevin O'Connor threw for 218 yards and a TD, he also rushed for 107 yards and 3 TDs. The game was littered with penalties on both sides...Friday vs. James M. Bennett

3. Queen Anne's (5-1)-The Lions fell at home in a heartbreaker to Easton 28-26. Lions K Seth Blackwell missed a 28 yarder with 2 seconds left that would have won the game. It was Blackwell's 2nd miss of the night, he also had an extra point blocked. RB KJ Smothers rushed for 344 yards on 29 carries and 4 TDs...The game was littered with penalties on both sides...Friday vs. Stephen Decatur

4. Stephen Decatur (5-1)-The Seahawks defeated North Caroline at home    16-14 on Homecoming. The Seahawks led 3-0 at the half in a defensive battle. Later in the 2nd half Decatur brought in backup QB Nathan Tapley and he threw two TD passes to starting QB Brycen Coleman who played WR the first two years for Decatur...Friday vs. North Caroline

5. Wicomico (4-2)-The Indians defeated Cambridge-SD on the road 42-7. The Indians trailed 7-0 early then rolled off 42 unanswered points in the win...Thursday vs. Parkside

6. North Caroline (2-4)-The Bulldogs fell on the road to Stephen Decatur on their homecoming in a defensive battle 16-14. NC trailed 3-0 at the half. The Bulldogs led two different times in the second half. The Bulldogs played their best game of the season Friday night...Friday vs. Kent Island

7. Parkside (2-4)-The Rams dropped their 4th straight game, this time to Kent Island at home on Saturday 50-6...Thursday vs. Wicomico

8. Cambridge-SD (3-3)-The Vikings fell at home to Wicomico 42-7. Cambridge took an early 7-0 lead before the Indians took control and won...Friday at Washington

9. Colonel Richardson (4-2)-The Colonels won their fourth game in a row, this time getting a win on the road in a 1A matchup at Kent County 20-7...Friday vs. Nandua (VA)

11. James M. Bennett (0-6)-The Clippers lost in a non-conference matchup on the road to Southern of Anne Arundel County 33-13...Friday at Easton

12. Kent County (0-6)-The Trojans fell at home to Colonel Richardson 20-7. KC led 7-6 at halftime. The Trojans offense ate up a lot of time in the 1st quarter keeping Colonel's offense off the field...Friday at Snow Hill