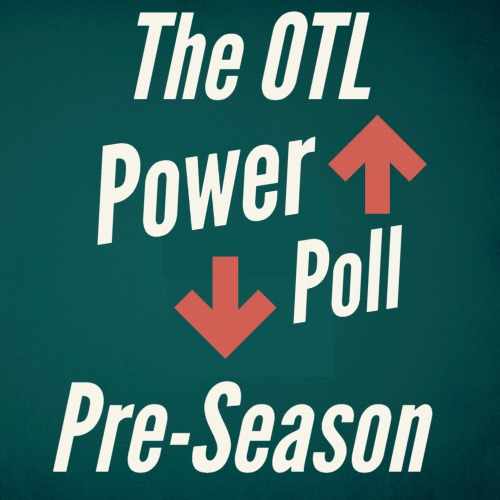 Mike Bradley kicks off the 2022 High School Football season with his pre-season poll of the Bayside football teams. How does he rank your favorite team? Click on the link below and enjoy!

I guess I say this every year but this is not easy to do to start the year. Some of it's based on talking with coaches, viewing interviews, reading, and some guess and gut work as well...Some Week #1 games could change this poll around quickly. I emphasize reading the capsules not just looking at the rankings which do not always tell the full story.

1. Queen Anne's-The Lions lack depth but showed what they could do last year when they went on a 5 game winning streak including a win at SD. The Lions are now more experienced, another year older and stronger. They also return their QB and one of the top RBs in the Bayside. The program also has now had a year and half to settle into the new systems and style of HC Al Waters and his staff. Expectations are high and they believe the program can get back to being one of the gold standard programs again in the Conference.

2. Wicomico-The Indians return from a strong 2021 campaign when expectations were high and they delivered. This season is no different. A strong returning QB highlights the offense. However they did lose some high quality lineman that won't be easy to replace. The biggest loss is from their coaching staff where O-Line Coach Kevin Colliton is now at Salisbury University coaching WRs. The Colliton loss to me is huge with what they look to do offensively. The QB can mask some of that for sure but time will only tell how much it affects them. If it weren't for some of those losses and a key skill player, the Indians would be my #1.

3. Kent Island-I was going to be a little more conservative here but too many people told me the Bucs look strong. Bryon Sofinowski is back as Head Coach after Damien Ferragamo's retirement. The program should not lose a beat with continuity and having DC Tim Goodrich continue in his role is huge. The Bucs did lose a lot of talent including a four year starter at QB from last year. Big graduation classes and reloading is nothing new though to Coach Sofinowski. The standards and expectations are still there and the young guys know the deal but have to play up to it on the field. No question though there will be some adjustment for HC and his young players. Look for a more balanced offense than was seen when Sofinowski was the HC previously.

4. Stephen Decatur-The Seahawks lost a lot of their team from last season to graduation including many key contributors to their 8-4 season. However a strong foundation has been laid along with active community involvement. The program is back to its former winning ways which had not seen in a while prior to the spring of 2021. Brycen Coleman is coming over from WR to start at QB this season. While he is capable the move hurts the WR depth where he excels. He also has big shoes to fill. There will be an adjustment period. About half this team is made up of mainly sophomores so it's likely its best ball might not be played until later in the season. But don't be fooled this is one of the better coached teams in the league that had a good offseason and summer of 7 on 7s.

5. Easton-Matt Griffith returns to the sidelines as HC which is a huge plus especially for the offense and returning QB Kevin O'Connor who has to be considered one of the Top 3 in the Conference. While less than half of the 20 Seniors will be called upon to make big contributions, they have talented youth as well and should be more like the spring 2021 team than the one in the fall. I think this team has Top 3 potential. Maybe I am more bullish than others on them but ultimately they will have to prove it on the field.

6. North Caroline-HC James McCormick decided to come back despite his long-time DC and SP Coordinators retiring along with the loss of a few other coaches. McCormick is now the DC with a new OC coming into the call the plays. The Bulldogs should never be underestimated and they feel like they could be quietly very good. Is that even possible with this program? But it's more of waiting and seeing how the new coaches settle in and how the kids respond to the new staff. The Bulldogs also break in a new starting QB.

7. Parkside-This also feels like a team that could pop after a rare losing season last year. The loss of RB Terez Worthy is huge but they always have good depth at the position. The defense will need to step up. Also a question is what QB Luke Maciarello who had a strong offseason of work can do to help make the offense more explosive from the passing game perspective. Brenden Riley ranks only second to James McCormick in longevity at one school, there is a lot to be said for the continuity of the Rams program.

8. Cambridge-SD-I almost placed them one spot below but the Vikings always have some very good athletes and speed. Now in Year 2 of HC Toby Peer's systems especially on offense this team definitely should be better than last season. Peer's staff is solid although they lost his son to the collegiate coaching ranks this offseason. The Vikings finished strong with a playoff win upset and almost another. The late season success had to be a big springboard for the program going into the offseason.

9. Colonel Richardson-Coming off an historic year for the program the Colonels graduated a lot of Seniors including key players. They are big on the offensive line and have two QBs that they might be able to work in at the same time. With a consistent resume of success the last few seasons and an established standard, depending how quickly the young guys come along the Colonels could still end up having a fair slice of the success they had last season.

10. Kent County-Brian Aiken stepped down in the late winter as HC with assistant Harold Somerville, the former Trojan player who won two state titles at KC in 89' and 90' taking over. There will be some continuity as it pertains to coaches but a new QB, a new offense with more of an emphasis on the run and a new defense (4-2-5) highlight the big changes. The Trojans have experience and depth with 37 players including 12 Seniors which should definitely help them a lot this season.

11. James M. Bennett-Greg Lasinski comes over from Washington to take the reins to try and get the Clippers back to where they were in 2018. Despite being a 3A school, numbers are low due in part to Covid hitting the program hard. This is also the Clippers 3rd coach in 5 years. A lack of a JV squad also did not help recently along the way. They very well could end up a few spots higher but they remain a big question mark until their first few games.

12. Snow Hill-The Eagles won 3 games last year but also suffered many big margin losses. They have improved in spurts but need to put together a more competitive body of work throughout more of the season.

13. Washington-Defensive Coordinator Mike Drake takes over as Head Coach. It's been an uphill climb for this program for a while. It didn't help matters in not having a season in 2020 due to Covid and that carried over into the Spring of 2021 when they did not field a team. Time will only tell if the team can progress.