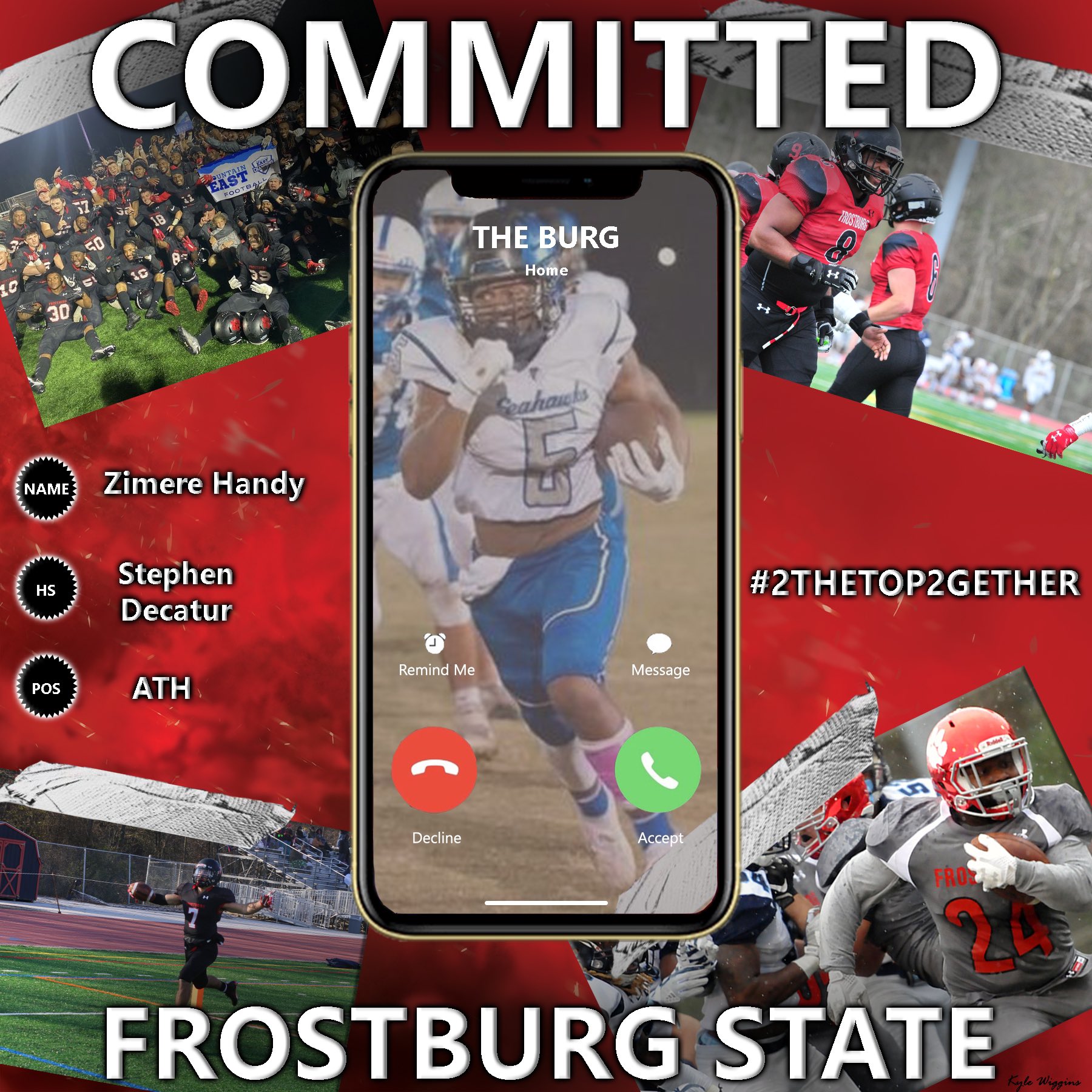 Zimere Handy announce that he has committed to get an education and play football at Frostburg State University. The D2 program will be under the direction of first year head coach Eric Wagoner. He had been the Bobcats defensive coordinator since the 2020 season and will now be getting a strong student-athlete in Handy. Best of luck to Zimere!